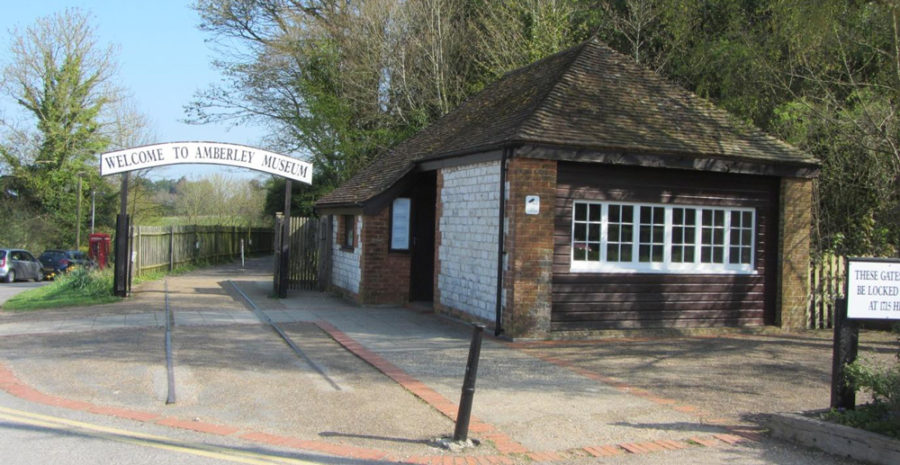 Located in an old chalk quarry in the South Downs, Amberley is dedicated to preserving the industrial heritage of south east England.

The map lists the exhibits chiefly in the Transport, Trade and Technology fields which are extensive and include the original kilns used to produce the lime and associated bagging shed and locomotive shed. The museum is a mixture of the long defunct (although the Utravel website would have you think otherwise) Midmar dam historical village
and Beamish in County Durham (located at an old coal mine and well worth a visit, particularly if you are interested in trams). Opened in 1979 and covering an area of 36 acres, more information on the museum can be viewed from their website: www.amberleymuseum.co.uk

While the displays of former trades are fascinating and worth visiting in their own right, it was the railway orientated exhibits in which I was primarily interested.
Originally the track which served the mine and plant was standard gauge but that was largely lifted and replaced with 2’ gauge for the purposes of the museum. There is an excellent collection of locomotives – 45 in total and mainly internal combustion powered but also steam and battery powered. In addition Amberley has a collection of about 80 goods
wagons. If you are a narrow gauge modeler this is the place to come to obtain photos of fascinating prototypes.

If you would like to read more about the museum: Amberley Museum.